We pursue, model and teach discipleship to Jesus in Christian community, so we can do the things Jesus did for the reasons he did them.

Jesus is first in our lives. We want to live for Him and not ourselves, so that God’s priorities become our priorities. Discipleship for us means learning to do the things Jesus did for the reasons that he did them. In other words, we want to be Jesus-ish.

Jesus surrounded himself with others, so should we. Jesus invited others into his life to do life with him, to spend time with them and build strong relationship with them. Being the church is about community, not a building or institution.

For the Sake of Others

Jesus reached out to a dark and dying world doing his Father’s work of teaching, feeding, healing and comforting. He did not wait for those in need to come to him, but went to them at their point of need. We endeavor to live like this, missionally, serving others for the good of our city and for the sake of others knowing the person of Jesus. Another aspect of this, is that we are called to a be sending church and a church that is being sent – and because of this, we gravitate towards those who are intrigued by Jesus and find him compelling. We work to bring hope to those who need it most.

As a community, we take great joy in the many ways our faith is made stronger through giving and receiving together. There is a satisfaction that comes from following Jesus’ example of generosity toward those most in need, and it is a privilege to use our resources to continue telling God’s story and help bring measurable change in the world. Giving a tithe of our income is a tangible expression of our devotion to Jesus. Share in this joy by giving financially to West Seattle Christian Church. 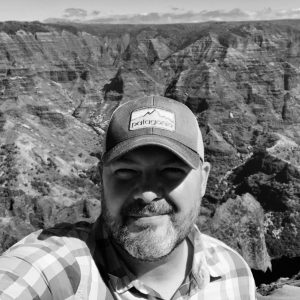 Worth moved to West Seattle in 2016 to take the helm and become Lead Pastor of West Seattle Christian Church. He and his wife, Beth have been through thick and thin together for nearly 20 years! They have two fantastic kids, Isaiah and Gwendolyn. After a two-year stint at Arizona State University, Worth gained a BA in Intercultural Studies from Hope International University, and his MDiv from Emmanuel Christian Seminary. In his free time he enjoys dates with Beth and time with his kids, traveling, fly fishing, reading, camping, and spending time with his  good friends, preferably while enjoying good food and drink. Worth also serves on the board member of the West Seattle Junction Association. Nearly every Saturday morning he can be found making special Belgian waffles for the fam! 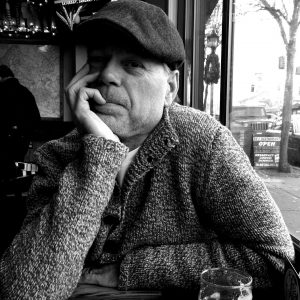 Barry is a Mancunian, i.e. somebody who was born and “dragged up” in the northwestern city of Manchester, England. London provided him with a huge dose of “worldly” reality during a fifteen-year long career in the advertising industry. Leaving London in 1995, he worked for two international design companies. Following a heart-breaking trip to Uganda where he witnessed extreme poverty, Barry joined World Vision as its Creative Director. He and his wife, Leah have been members at WSCC for over eight years. Barry enjoys road cycling, yoga and martial arts. Once he was a vegetarian for 20 years. He is not that crazy these days. 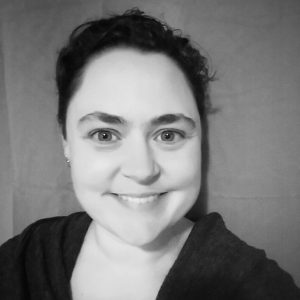 Christine is a native West Seattlite who has been a member of West Seattle Christian Church since she was a toddler. She lives in the Alaska Junction neighborhood with her husband and four daughters ages 9, 11, 13 and 21. By day she is the Director of Project Management for a local marketing research company. On evenings and weekends she can usually be found exploring local areas, taking in the latest NPR Podcast, and enjoying assorted chocolates… or standing in line at Costco. She feels blessed to have spent many years behind the scenes in worship service, alongside our children helping them develop and grow in children’s ministry, and unwinding from all of the chaos participating in holy yoga. 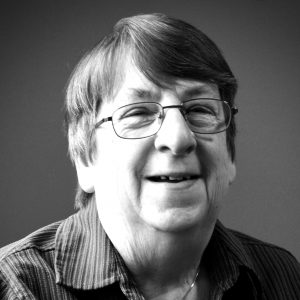 Diane was born in Washington, spent formative years in California and Oregon, and finally settled down in Seattle after she married her husband Darrell in 1971 at West Seattle Christian Church. She has been working with kids at WSCC since she first started attending, and has been actively teaching Sunday school for over fifty years! Though she did not have children of her own, she and Darrell took in many kids over the years, many of whom consider her grandma and part of their families. In her spare time, you can find Diane doing genealogy work, paper crafting, or adventuring with her sister. She is thankful that retirement has given her more time to dedicate in service to the church. 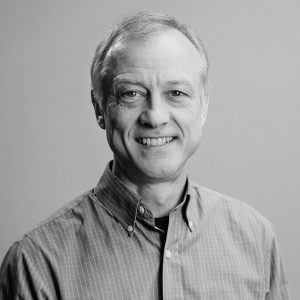 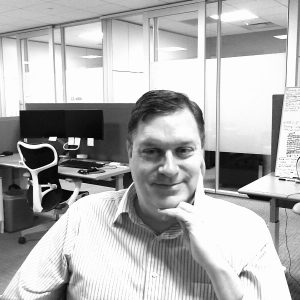 We exist to reach the world for Jesus - one person at a time.

We hold to the historical beliefs of Christianity, standing in a long tradition of churches that affirm the Apostles Creed and the Nicene Creed. Unique to our community and our emphasis on story is the following narrative of beliefs. This is the story found in the Old and New Testaments, which we believe were inspired by God as an account of God’s activity in history:

Creation
We believe in a Creator God who is the ultimate reality. Before the creation, God existed in a community of three that included the Father, the Son, and the Holy Spirit. Through the Son, God spoke the created world into existence. God’s good and relational nature was passed along to humanity, who were created in God’s image. No other being, whether angels or animals, can make the same claim. God’s desire for humanity was to have a relationship with us.

Fall
God offered man a true and full life in this good creation, but humans rejected it. After being deceived, humankind chose to follow their own way, rather than choose the life God had offered. This caused man to fall from intimacy with God, and all of creation’s relationship with God became fractured.

Redemption
Though broken hearted over this schism, God worked to again initiate a relationship with humanity. God called Abraham and Sarah to begin this work. God promised them that through their offspring, the Hebrews, all the peoples of the earth would be blessed.

In time, the Hebrews became slaves in Egypt, where they cried to God. God heard their cry and remembered the promise that had been made to Abraham and Sarah. After liberating the Hebrews, God established a covenant relationship with them, offering blessing to them as they followed the Torah, a set of laws or guidelines on how to live. But though the law was meant for good, it became a burden as some tried to prove themselves more righteous than others.

Through one of Abraham’s descendants, Jesus, God offered the means to repair the broken relationship with humans. Jesus was God’s son, fully human and fully God. He lived a perfect, sinless life, to offer a view for humans of the way that God had designed us to live. Jesus proclaimed this way of life to be the kingdom of God, and invited humanity to live in this way.

Jesus was killed through crucifixion. This was not only a gruesome execution, but also God’s offering of self as a final sacrifice to mend this broken relationship with humans. Three days after he was killed, Jesus rose from the dead (also known as resurrection) as a testimony that he offered power over sin and death.

New Creation
Forty days after his resurrection, Jesus left the earth to be with the Father in heaven. But he did not leave us alone. He promised that he would send the Spirit to come and continue to show us how to live in the way of Jesus. For those who are followers of Jesus, the Spirit affirms us as children of God, empowers with gifts, convicts, guides, comforts, counsels, and leads us into truth through a communal life of worship and a missional expression of our faith.

When the Spirit came, the church began, and it continues today to extend the kingdom of God on earth. The church is a global and local expression of living out the way of Jesus through love, sacrifice, and healing as we embody the resurrected Christ, who lives in and through us, to a broken and hurting world. We labor to restore relationships between God and humans, and among humans. We hold firmly to the belief that the way of Jesus is the best way to live and it is open to anyone who desires it. As a sign of commitment to living in the way of Jesus, we remember the death, burial, and resurrection of Jesus through water baptism.

But even as we labor for the kingdom of God, we know it is not yet complete. We look forward to the day when Jesus will return, and God will fully and completely restore things to the way they were meant to be. God will dwell with us here in a restored creation. Our relationships with God, others, ourselves, and creation will be whole. All will flourish as God intends. This is what we long for. This is what we hope for. And we have given our lives to living out that future reality now.

Enter your email address to find out more about...